Halotherapy is an alternative treatment that involves breathing salty air. Some claim that it can treat respiratory conditions, such as asthma, chronic bronchitis, and allergies. Others suggest it can also:

The origins of halotherapy date back to the medieval era. But researchers only recently started studying its potential benefits.

Halotherapy is usually broken down into dry and wet methods, depending on how the salt is administered.

The dry method of halotherapy is usually done in a man-made “salt cave” that’s free of humidity. The temperature is cool, set to 68°F (20°C) or lower. Sessions usually last for about 30 to 45 minutes.

A device called a halogenerator grinds salt into microscopic particles and releases them into the air of the room. Once inhaled, these salt particles are claimed to absorb irritants, including allergens and toxins, from the respiratory system. Advocates say this process breaks up mucus and reduces inflammation, resulting in clear airways.

The salt particles are said to have a similar effect on your skin by absorbing bacteria and other impurities responsible for many skin conditions.

Salt is also said to produce negative ions. This theoretically causes your body to release more serotonin, one of the chemicals behind feelings of happiness. Many people use Himalayan salt lamps to get the benefits of negative ions at home. However, there’s no evidence that these lamps have any benefit other than adding ambience.

Halotherapy is also done using a mixture of salt and water. Wet methods of halotherapy include:

What do studies on halotherapy say?

Science hasn’t caught up with the halotherapy hype yet. There are few studies on the topic. Some studies have shown promise, but most research is inconclusive or conflicting.

Here’s what some of the research says:

Almost all research on halotherapy for depression or skin conditions is anecdotal. This means it’s based on people’s personal experiences.

Does halotherapy have any risks?

Halotherapy is probably safe for most people, but there aren’t any studies on its safety. In addition, halotherapy is usually done in a spa or wellness clinic without trained medical staff on hand to handle medical emergencies. Keep this in mind as you weigh the pros and cons of halotherapy.

While it’s said to treat asthma, halotherapy might also constrict or irritate the airwaves in people with asthma. This can make coughing, wheezing, and shortness of breath worse. Some people also report getting headaches during halotherapy.

Supporters of halotherapy claim it’s safe for children and pregnant women. However, there’s little research to back up this claim. According to a 2008 study, inhaling a 3 percent saline solution is a safe and effective treatment for infants with bronchiolitis. However, there’s no standardization across halotherapy clinics. The amount of salt administered can vary greatly.

Halotherapy may be a relaxing spa treatment, but there’s little evidence about how well it works. Some research suggests that it may be beneficial for respiratory problems and depression. Most doctors are still skeptical, though.

If you’re interested in trying halotherapy, talk to your doctor about it. Make sure you follow up with them about any new symptoms you have after trying it. 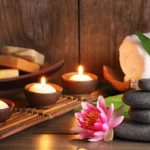